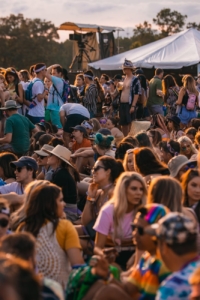 In an announcement today, the City of Fort Collins Party Authority (CFCPA) announced that for simplicity’s sake, all Fort Collins summer festivals will now conglomerate into one summer-long event.  Starting in 2020: A Taste of Fort Collins, the Colorado Marathon, New West Fest, Tour de Fat, Tour de Corgi, the Old Town Car Show, the Harvest Festival, the Pagan Festival, the Peach Festival, Brewfest, Octoberfest, the Fourth of July, Pride Day and some two dozen other festivities will all become one, big, giant, non-stop, celebration of everything and nothing.  This event will feature 16 stages, 1200+ bands, 116 different breweries, two farmers’ markets, ganja, young buxom maidens riding bikes in nothing more than body paint, six non-stop food truck rallies, four artisan camps and the kind of nihilistic fun that would make an episode of Seinfeld look like a Baptist seminary.

At a press conference, spokesman Fred Alborghetti commented with unusual candor, “We’re just formalizing what’s already happening.  I just got sick and tired of everybody always bitching to me asking why the roads in Old Town are all blocked, so we [at CFCPA] just rolled all these festivals into one whole, big ball-o-wax.  It just makes things simpler.  Not only that, but we get to pass off other people’s boozing as local culture.  All the while, of course, we cash in.  It sure keeps the economy going.  As I see it, it’s like our own New Deal, except it’s centered around fun, instead of work.  I never thought watching adults with too much money pursuing frivolous pleasure could be so rewarding!”

Fort Collins Police Services (FCPS) spokesman Mohammad Rodriguez had this to say about the summer-long festival. “It will definitely give us something to do. I mean, hell, do you know what it’s like to hear our guys bitch and complain about the chronic lack of action in this town?  I just hope things become a little bit more like Sturgis at the rally when the Hell’s Angels and the Mongols meet after drinking too much.  This will greatly help our downtime!”

New business owner Todd McPherson who operates an organic, locally grown, vegan pet food store and boutique on the main drag also seemed excited about the change. “Finally! Now I”ll always know where to park since the damn road closings will remain the same! Never again will I have to guess where the fuck to park my Oldsmobile.”

Random questioning of various people in Old Town also seemed to generate a positive review of the move by the Fort Collins Party Authority. “Now I can stay drunk the entire summer! Thanks for making it easier!,” gushed one young man as he stumbled down Mountain Ave. Another dread-locked Trustafarian took a hit and smiled, “Hell, yeah!  I ain’t leavin.'”

We at the Focopolitan Tribune agree with everyone and are SO there!  We can’t wait.  Your reporter, Ludwig Schnee is gonna do his best to make Burning Man seem like a trip to the mosque compared to this.

For yet another Holiday shopping season, FoCo’s oldest mall has paradoxically provided
It was a difficult journey for Todd Dieffenbacher, the Boulder sculptor.  It
Northern Colorado residents are some of the most worldly in America.  We
Every February, America celebrates African-American History Month.  This year is no exception.
This is the holiday season.  This is the season of kin group
Go to Top