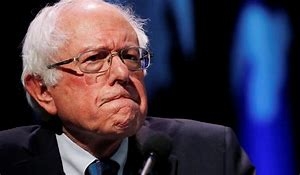 In a prepared speech at a press conference outside of a Las Vegas hospital, last Friday, spokesman for the Loveland Elk’s Lodge #10334458, Mortimer Moore stated, “On behalf of Elk’s Lodge #10334458 of Loveland, Colorado, we wish the Senator from Vermont a full and speedy recovery.  Furthermore, noting the good Senator’s great interest in the betterment of the lot of all Americans, our lodge has elected him honorary president.  Given his health, it appears that this will be his last and best chance at being president of anything.  What’s more?  Our lodge is less than a five minute ambulance ride from the finest cardiac nurses and surgeons at MCR.  For real- those folks work with Greeley’s meth heads all the time, so treating a guy like Bernie’s gonna be a breeze for ’em, but that’s a little off subject.”  He went on,  “Seriously, the senator needs to chill out with us and reduce his chances of another cardiac episode, and when it comes to calming down, nobody beats the Elks.  Don’t believe me?  Just come on a Friday night, and watch re-runs of the Lawrence Welk Show with us and you’ll see what I mean.”

This gesture by the Loveland Elk’s Lodge has not gone unnoticed.  The Fort Collins Lions and Tigers and Bears Club, when contacted had this to say, “Awww… Dammit!  Why didn’t WE think of that?  I’ll tell you what: we’ll dispense with our usual breakfast of coffee, pancakes, bacon and eggs for a Kosher option lox and bagels- no cream cheese or coffee-just too dangerous.”  The unidentified Lions and Tigers and Bears Club secretary proceeded.  “Oooohhhhh… so the Loveland Elks are selling the fact that they’re a five-minute ambulance ride away from the hospital?  Well… we’re only a fifteen minute hearse ride away from the Synagogue, in the event…  Y*w3h calls him.  I’d like to see them guys in Loveland give Bernie a proper chevra kadisha.”  He nervously cleared his throat.  “In any event, folks in the community’ve been giving us all manner of shit about being too white, old and Christian.  Letting a guy like Bernie into our ranks would surely contribute to our diversity and reduce our average age by several years.”

Your reporter Ludwig Schnee contacted the Sanders campaign which duly put us on the line with the Senator who apparently has been recovering well.  The Senator had this to say, “At least I was treated by private doctors.  If I got the medical treatment I proposed for the American people, I’d be at Temple and you’d be praying Kaddish.”

It was an utter surprise to all attendees of the Fort Collins
This Thursday, November 22nd, we at the Focopolitan Tribune noticed an utterly bizarre cult-like
Old Town West, the up-scale, left-of-center neighborhood vaguely comprising West Mountain and
In a move that defies stereotypes, the Floating K Truck Stop announced
In a public service announcement earlier today, the faith-based initiative, Faith Fort
Go to Top