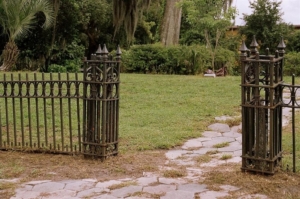 Yesterday, at a press conference, spokesman for the city of Cheyenne Jamal Abdul-Rahman announced to an anxious Wyoming press corps his office’s plans for pre-emption of the impending Second Wave of the Kung-flu.  The bug, which has reportedly parted one hundred thousand Americans from their meat suits, has prompted states and municipalities to hustle.

“Our office has re-purposed various previously unused lots of land as a repository of mortal remains.  If there is one thing we have LOTS of in Cheyenne… heck, the whole state of Wyoming, it’s land.  Therefore, it behooves us to face this deadly bug with the greatest asset at our disposal.  Speaking of disposal, here in Cheyenne we foresee no difficulty whatsoever in disposal of our more unfortunate citizens who have kicked their air addictions.”  Mr. Abdul-Rahman continued, “What’s more is this: our approach to dealing with this problem will drastically reduce our long-term medical costs because the Kung-flu attacks the very people that most deplete our expensive health system: aging boomers.  Do you know how much it costs to keep these beings alive?  Can you see the savings?  We WELCOME the future.  As a matter of fact, it appears that the dude in charge at 1600 Pennsylvania might just be following our lead on that, so we take credit for that!”

We at the Focopolitan Tribune would like to add that there is a multiplier effect to such public policies.  Mr. Abdul-Rahman forgot to mention that multiple people will end up employed as a result, including: grave diggers, florists, greeting card manufacturers, undertakers, hearse drivers, car dealers that sell hearses, headstone cutters and religious celebrants.  This might just be the model for a new New Deal.

The Coronavirus Pandemic has caused much disruption in Northern Colorado as everywhere.
The 1st Annual Pandemic Award, a joint effort put together by the
It was an utter surprise to all attendees of the Fort Collins
In a prepared speech at a press conference outside of a Las
This Thursday, November 22nd, we at the Focopolitan Tribune noticed an utterly bizarre cult-like
Go to Top