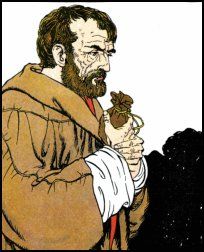 At a luncheon today, a local, fundamentalist capitalist group celebrated Easter weekend most unusually.  The group, calling itself Capitalism or Else!, celebrated and commented on the life of an otherwise repugnant human being: Judas Iscariot, the man who betrayed Jesus Christ for 30 pieces of silver.  According to the New Testament of the Holy Bible, Judas turned Jesus into Roman authorities out of pure greed and complete lack of integrity, but Capitalism or Else!’s, John Silverton had an entirely different perspective on the story, “We look at it another way.  Judas was really an innovator: the Amazon.com of his day.  What do they have in common?  They took people’s personal information, and monetized it.  What’s the big deal?  What sets (Amazon founder and owner) Jeff Bazos apart from other capitalists?  He didn’t just discover untapped markets- he invented them.  He didn’t just come into some existing realm of money making like a door-to-door vacuum cleaner salesman, he created his own money-making forum: he saw there was a demand for people’s personal information- their buying patterns, their internet searches, and so on, and he sold them and people ended up better off for it.  The genius of Bazos was finding that thing that nobody else saw potential for and then just followed the laws of supply and demand.  Just think of it: Judas did the same.  He realized there was huge demand on the part of Roman buyers who had silver, for information on Judean seditionists.  Judas was in optimal condition to supply that information, so he charged the premium for it.  Silver for information, information for silver and KACHINK!  The guy got rich and all these commie-ass Christians go around condemning him!  What’s up with that?”  Mr. Silverton paused, “I hope Judas at least picked up the tab at the last supper, but the Gospels don’t tell us.  Seriously, the only one high on the hog at he last supper was my man, Judas.  All the others were broke.”

“Come to think of it, he was the first follower of Jesus to make a killing selling Jesus.  He ought to be the example to all these preachers out there, from Ken what’s-his-face…” he paused again “…you know, that guy with the big-ass house in Steamboat [Springs, CO] to Joel Osteen.  They can’t hold a candle to Judas.  Why are these preachers today respected, but Judas gets the treatment he gets?”

Further conversation revealed that Mr. Silverton will be founding an online startup that he plans to name judas.com specializing in auctions for packages of peoples’ internet searches.  “The e-bay for people’s personal information.  If you can buy and sell people’s debts, why not their personal information?  You shouldn’t see people as customers; they are the product, and that was a concept Judas figured out 2000 years ago.  Now, was that visionary or what?” 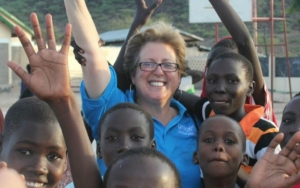 Northern Colorado residents are some of the most worldly in America.  We Nocopolitans have seen it all and heard it all.  We’ve had it with Cancun and Cabo.  Jackson Hole and Aspen are practically our back yard.  Yellowstone and Yosemite are the epitome of pedestrain.  What possibly could top these experiences for our Left-of-center, environmental, altruistic sensibilities?

Enter Boulder’s niche touring agency: PPV Tours.  “The PPV stands for poor people viewing.  It’s really a thing.  Don’t believe me?  Just look at your liberal friends online and you’re bound to see pictures of them posing in photos next to little brown and black kids with that cute, little UNICEF look.  Moral of the story: poor people are exotic and interesting- kind of like animals on safari, and that’s what the monied liberal crowd want.  Let’s not forget this: the customer is always right.”  So said Miranda Mitchell, co-owner and operator of PPV Tours.  “They say that they want to ‘volunteer’ at some school or AIDS orphanage in Africa, but they just want to go there, look at what a wreck of a place they’re visiting, and feel like they’re doing something good for their fellow man, when in reality, they’re just objectifying their poverty.  After that, they come back home and have a story to tell and pictures to show other liberal jackwads, so that they can one-up them on who’s the most socially conscious, liberal snowflake at the drum-circle.”  she paused, “Just think of it as a Progressive version of ‘Keeping up with the Joneses.'”

PPV offers tours to Guatemala, Honduras and Nicaragua, since Mexico, Costa Rica and Panama are just too prosperous to illicit sympathy from travelers.  PPV also offers the Hassa diga Ibo ai tour of Uganda in conjunction with missionary organizations posted to the central African nation.

Asked what is the most challenging aspect of organizing the tours, Ms. Mitchell commented, “By far, finding an internet connection in the rural boonies of Uganda or Central America that our tourists can access Facebook and Instagram on.”  Taken aback by this fetishistic view of poor people, reporter Ludwig Schnee asked Ms. Mitchell more about her clientele to which she answered with unusual candor, “My tourists don’t like the poor- they like poverty.  There is a difference.”