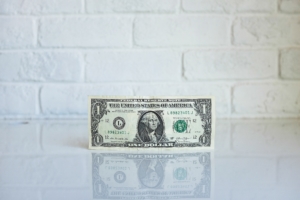 Property tax assessments for 2019 have raised quite a fuss in Larimer County since they arrived in residents’ mailboxes at the beginning of May. With the deadline for disputes drawing near, your intrepid reporter decided to speak with the office on how they created such a hullabaloo.

County spokesperson, Tre Brighter, had this to say, “Well, you see, the previous assessor created his own algorithm for assessment calculations. So, when he left, he took the equations with him, because, you know, intellectual property and all that.”

“To put it more precisely, we had to get something out and, like, fast so we sorta, kinda had to wing it.”

Apparently ‘winging it’ meant a combination of actual data and some rather inventive, and unorthodox, methods. “I don’t know how many other offices use our methods but I’m betting not many,” continued Brighter. What were these methods?

“Well, a Magic 8 ball, darts, a blindfold–you know for impartiality’s sake–and Pin-the-Zero on the House. Like I said, we had to wing it in order to get the new figures out in time for our deadline.”

The new assessment figures have caused quite a stir in Larimer county as indicated by a noticeable increase in disputes and a constant line of some angry property owners outside the county building.

Kevin Nouveau-Riche, a resident of Laporte, was furious. “You bet your ass I’m disputing!” he fumed while standing in front of his two-bedroom concrete bungalow. “How the hell did something I bought in 2016 for $250,000 end up coming in at $1.4 million. This piece of craptastic house ain’t worth that; it’s not like I live on Mountain [Avenue] in FoCo!!!”

Brighter wringed his hands when your reporter told him about Mr. Nouveau-Riche’s discrepancy. “Yeah, that was probably a Magic 8 ball prediction or Pin-the-Zero.”

Mr. Brighter did have this to say. “We’ll definitely be more prepared for the next assessment. Right now we’re using Monopoly to help us create the necessary equations for next time.” He paused, “Or are we using Sorry?”