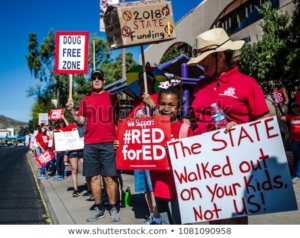 Kyla Sandoval has been a teacher at DPS for 2 years.  A graduate of the University of Northern Colorado’s Education program, she has slaved away for a pittance at a crime-ridden, run-down high school (which shall remain anonymous).  As coach of the debate team, Ms. Sandoval has inspired her pupils to go beyond the “Fuck you!… No, fuck you!” exchanges typical of DPS debate clubs.  But for all her efforts, Ms. Sandoval has yet to be paid enough to cover rent and expenses without public assistance.  “Damn dude, it really sucks to be on SNAPs and have to do the whole LulaRoe routine when you already have a full time job!”  Kyla went on to explain how she has a veritable Pikes Peak in student loan debt.

Kyla’s story is one of many for teachers at DPS.  Is it any wonder that the teacher’s union is considering a strike?  Ms. Sandoval explained what was behind the putative strike, “I’ll be honest: I was truly inspired by the government shutdown, and I think teachers at Denver Public Schools (DPS) should follow the fine example that our president is giving us.  THAT’S why we like to use ‘Red for Ed;’ our president is of the party that has red as its color and he’s shutting everything down.  It’s like we’re the same or something… we just want to make enough bread to make a living and shit.”

Focopolitan Tribune reporter Buck Hummingbird interviewed the president of the PTA of said high school.  La’Tonya Jackson had this to say, “If this ‘Red for Ed’ thing happens, the education my kids gonna git is gonna have to be better than the education they git from watching daytime TV!” Ms. Jackson paused, “But it’s probably all gonna wind up just like our president: don’t do shit and nuthin’ git done!”

Although Denver’s “Red for Ed” movement has yet to initiate its strike, the claims have been heard loud and clear. Whether anybody will do jack shit about it, is another story… 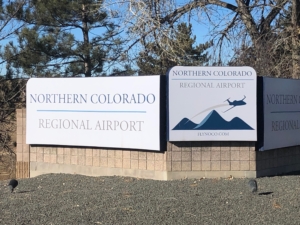 With the recent addition of an American Airlines flight connecting the po-dunk city of Cheyenne, Wyoming to its major hub in Dallas, Texas, and thereon to anywhere around the world, Focopolitans and Lovelanders have a good reason for being butt-hurt.  How could a second-rate community like Cheyenne get a flight to someplace worth going to, while Northern Colorado Regional Airport (NCRAP) gets only occasional flights to Vegas, Phoenix or the obscure Illinois town of Rockford?

Enter new arrival Armando Torres.  A recent immigrant from Sinaloa, Mexico, Armando has massive experience in the fields of logistics and airstrip management.  “I have worked for more than 20 years managing private airfields.  Whether it’s a jungle in Colombia or a desert in Northern Mexico, when it comes to managing air traffic, cargo and airstrips, I’m an expert!  I used to manage a whole fleet of single-engined, propeller-driven cargo planes until the police came and took my previous employers to jail.”  He went on, “You guys here at NCRAP have a lot to work with: I mean, you guys actually have hangars and a PAVED RUNWAY!  That’s way more advanced than anything I’ve ever dealt with, and I moved stuff- I mean, a few dozen Cesnas a day for years, hombre!”

While NCRAP serves the Fort Collins-Loveland area and has in the past hosted flights by carriers such as Allegiant Air, it currently has no commercial flights to anywhere.  The reason given by the airlines is that the airport does not have a control tower.  But for Señor Torres, that is no impediment.  “No worries, esse!  Tell those cabrones at the FAA [Federal Aviation Administration] that I’ll jack up a cherry-picker as high as it goes, and that’s enough.  I’ll pay for it in cash- greenbacks.  You think I ever worked with a control tower back in Colombia?  In other words, as we say, ‘La garantia soy yo.’  The warranty is me.  We can get a flight started to Culiacan [Mexico] in no time flat!”  When we asked Sr. Torres about safety, he didn’t miss a beat, “No problem.  I’ll just tether myself with a sky hook.”

With such a spectacular resume, officials are loath to let Señor Torres get away. “This could solve all of the issues that we’re having in getting flights from the airport, no matter the destination,” proclaimed an anonymous airport official. “Plus, he’s willing to take on maintenance of the cherry-picker too!  It’s a grand deal.  The only concern I have is safety.  Mr. Torres admits to only a few mishaps, but his record-keeping is… let us say, a little South of the border.  Even so, nobody’s perfect, right?”

Mr. Torres and NCRAP have submitted plans to the Federal Aviation Administration.  Final approval is pending and a ruling expected this January.