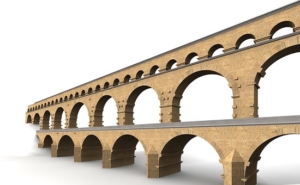 After years of legal wrangling and false starts, resulting in repeated postponements, city planners in Thornton have resorted to snazzy marketing in the hopes of persuading Larimer County residents of the benefits of their proposed diversion of Cache La Poudre River water for municipal use.  The original water diversion plan called for building a pipeline from the Poudre River just north of Fort Collins and piping it down a proposed pipeline running parallel to Douglas Road and thereon to the Denver suburb.  This proposal has met with vehement opposition from local residents of affected communities as well as the environmental activist group Save the Poudre.  Pressure and activism by Save the Poudre has by and large kept the current diversion plan on the drawing board and in the wet dreams of Thornton city planners.  “At night, I dream of me and Pamela Anderson doing a three-way with Shakira in a bathtub full of bubbles from Poudre River water,” waxed Roger Hoover, spokesman for the new plan.  “But… like Pamela Anderson 25 years ago, not her today.”

Talking about the new plan, Mr. Hoover commented, “The problem with what we have on the books now, is marketing. Moving water is really beautiful, and what are they proposing to do: to pipe it underground where nobody can see it?  C’mon, man!  That’s just self-defeating.  That takes absolutely no consideration into a very basic attribute of an engineering project of this size and importance: beauty.  You see, that’s the problem when you put things in the hands of the fucking engineers: they make something that works, but is butt-ugly, so only other engineers admire it.  As they say, ‘by engineers, for engineers.’  Not us, though, no sirree!  What we’re proposing is something that’ll inspire the lasting admiration of engineers and the public at large for generations to come: an aqueduct built in the ancient Roman style, except with locally quarried stone.  Said aqueduct would not only benefit Thornton, but would also become a monument to the good taste of the people of Colorado’s Front Range.  We would run it down the Western part of the Front Range right where a visual enhancer is most welcome- Fort Collins, Longmont and stretches of rural Larimer and Boulder counties.  That way, people in affected communities will actually buy our story that it’s gonna benefit them.  How ’bout it?  We’ll basically snatch their water and build shit on their land.  Just make it pretty and they’ll go along with it- eminent domain and all, beeyotch!”

The new proposal for water diversion by aqueduct has yet to be considered by Larimer County commissioners or the community at large, but by the sound of it, Mr. Hoover has a hard sell.

In other news, this same Mr. Hoover is pushing for the go-ahead on the Laporte gravel pit saying, “The gravel pit is actually a colossal art project to show, on a massive scale, the large void in the human soul as a consequence of living in the materialistic, post-industrial, globalized world of today.  It’s not about making money at all.”