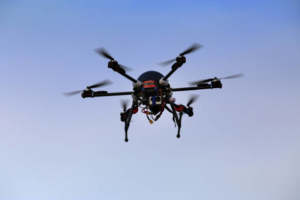 Over the past three weeks, Eastern Colorado and Western Nebraska have been dogged by flights of mysterious drones.  It was unclear what exactly they were doing or why they were flying where they were flying.  That is, until The Focopolitan Tribune investigated.

A cursory look at a random drone over Julesburg, and a noting of the frequency of the drone led your reporter Ludwig Schnee to hone in on the signal only to find a small shed.  Thinking it might be a Unabomber-type scenario, your reporter opened the ramshackle gate of the place.  There, I encountered what I can only describe as a large, hairy, stinky beast.  Startled, I dropped my jaw and said, “Bigfoot?!”  At that point, the hideous creature took its mask off revealing itself to be none other than… Elvis Presley, “The King” himself!

Flabbergasted, I could hardly believe my eyes, so I had him sing “Love Me Tender.”  If I couldn’t believe my eyes, I could believe my ears.  It was Elvis.  For the next two hours, we just hung out and talked music, but as a professional journalist, I just had to ask him one question, “Why are you dressed up as a sasquatch and flying drones here in Colorado?”

“Lookin’ for Jimmy Hoffa’s body. Jesus said it be around here somewheres.”

This last weekend, Boulder residents joined other outraged Americans in taking to
Go to Top