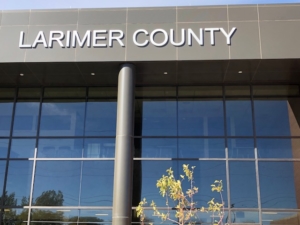 Greetings, loyal Focopolitan Tribune readers!  This is our first of hopefully a series of interviews with candidates for political office.  We thought we’d start with a doctor whose office we hope you will not visit anytime soon; a doctor whose job is not to cure you, but to determine how you died: our coroner, Dr. James Wilkerson.  Yeah, coroners are elected.  We were curious as to why, so we asked.  We were also curious about a bunch of other things.  Check this out…

Ludwig Schnee: Dr. Wilkerson, you’re the coroner.  Why is the coroner elected?

Dr. Wilkerson: Well the coroner actually originated in feudal England, and they were the crowner, and the crowner determined when somebody died, when a landowner died, how much they owed the king: the crown.

LS: So they owed money after they died?

Dr. W: It’s an estate tax, depending on how they died.  For instance if you committed suicide, you forfeited your estate.  It didn’t matter if you had ten wives and a hundred kids, it all goes to the king.  So they became powerful officials for the amount of money and property and stuff they moved.  Obviously they could be biased to one group or another, so I think they became elected to be fair- to let everybody have a chance of getting the crowner they wanted.  The other reason to elect people is to get the people we want and the ideas… and actions we want people to take.

LS: By the way, how’s the campaign going?

Dr. W: The campaign is good this time, the last time I ran…[the office of coroner] was the only Republican primary in Larimer County.  There were a couple other [offices] had Democrats running against them.  But this was the only Republican primary last year.  So, since it was the only race, everybody wanted to talk to me.  Everybody wanted to do debates, and stuff.  So I was constantly…  My whole evenings and sometimes my weekends were used up with that.  This time, because nobody’s running against me, I still go to some events, people still want to hear from me, but it’s not as stressful.

LS: So nobody’s running against you?

Dr. W: Nobody’s running against me.

LS: Do you expect to win?

Dr. W: I suppose there could be people writing in.  I don’t know if they still allow write-ins on the ballots or not.

LS: I was gonna ask you ‘tell me about your opponents in this election.’

Dr. W: So, I don’t have any opponents.  The first opponent I had, she had a bookstore and she was a bodybuilder, and that was the one I had in the first time. And then for a brief time period, I had somebody running against me but she dropped out, and she was a yoga instructor, I think.

LS: So, a bodybuilder and a yoga instructor!  Are there any formal qualifications for to be a coroner?

Dr. W: To be a coroner: you have to be 18, a resident of your county and a non-felon.  Those are the requirements to be coroner.

LS: Wow!  That sounds like a little bit of a low bar, but could you tell us your qualifications?

Dr. W: Sure.  I’m a forensic pathologist.  So I went to medical school and then did six years of post-graduate training and I’m board-certified in forensic pathology, anatomic pathology and clinical pathology.  I trained in the military.  I did autopsies all over the world.

LS: Since when is a doctorate of veterinary medicine a requirement for your position?

Dr. W: Not a doctor of veterinary medicine.

Dr. W: And I’ve done about 7500 autopsies.  To give you a perspective, the Budweiser Events Center holds 7200.  So I’ve done a lot of work.  I’ve been in leadership positions in the hospitals, when I used to work in the hospitals, so I’ve learned from that; and this is a fairly small office, and it doesn’t have a whole lot of leadership challenges.  So, that’s my qualifications.

LS: Sounds quite like a lot of qualifications, sir.  Finish the following sentence: Republicans make better coroners than Democrats because…

Dr. W: Well, Republicans tend to be more conservative and not spend as much money on things that they don’t really need.  We try not to spend money… so… I think that might be the one thing… I don’t think that it’s really much of a partisan office.  ‘Cause I take care of Democrats, Republicans, whoever dies.

LS: You take care of the dead.

Dr. W: It doesn’t really matter what their political standing is.  And I try to treat all families with respect and treat ’em all the same.  You know, even though doing the autopsies and presenting things in court, and finding the cause and manner of death is the basic thing you do, the most challenging thing is notifying the families, and then keeping up with the families [of the deceased] and telling them what we found and asking them additional questions, so we try to do that with just one individual.  We try to notify in person, and that one individual will go to the autopsy, find out what happened, tell the family, ask any more questions and then work out a report and follow it through to the end.  And so taking care of the living is probably the most important part of the job and the most challenging.

LS: I can imagine that.  Tell us about the medicine you practice.  Do you have problems dealing with Medicare and Medicaid?

Dr. W: No.  Actually, when I first started out in the army, I did hospital pathology and forensic pathology.  In the army, obviously we didn’t have it [Medicare and Medicaid].  But I was in private practice for nine years and since I was the leadership guy, I had to deal with all of that; the insurance companies, Medicare and Medicaid, and it’s no fun.  It wastes a lot of time.  At one time, I had 17 employees in a lab and four of them were there to deal with insurance.  And Medicare the first time you bill ’em, automatically they say ‘no.’  So you always have to bill them again, at least one more time.  And that’s just the way they work.  We don’t take insurance.  The counties pay for autopsies on a fee-for-service basis.

LS: Are there many therapeutic misadventures in your line of work?

LS: Were you in my position, what would you ask you?

Dr. W: You could ask me some of the things that we see that are not funny, but that could be amusing.

LS: So, tell us one thing or another…

LS: Thank you Dr. Wilkerson for taking the time to talk to us.

After a long year full of racial, social and political violence and
Colorado has had a very hard time lately.  We have seen a plandemic,
The Coronavirus Pandemic has caused much disruption in Northern Colorado as everywhere.
After repeated cancellations, delays and enough insipid excuses to make the board
For yet another Holiday shopping season, FoCo’s oldest mall has paradoxically provided
Go to Top